This past Friday, on April 26, 2019, 17 MCS students served as student-delegates during the annual Model UN conference held in the State Department in Washington, DC.   Our students gathered with nearly 400 other local students to debate and create resolutions for topics such as: Ending Modern Day Slavery, Responding to Natural Disasters, Youth Unemployment, the Role of Women in Peace and Safety, and the Crisis in the Democratic Republic of the Congo.

Our highlight for this year was the selection of MCS’s 9th grade student, Fatemeh Naghavi to serve as the student-Secretary General tasked with addressing all ‘delegates’  in the opening ceremony, as well as bringing the conference to an end with closing thoughts and awarding the best performing delegates with their recognition!  Al-Hamdulillah Fatemeh made many connections that day, not just with the Model UN organizers and other members of the United Nations Association of the National Capital Area, but also with the keynote speaker, Vivian Lowery Derryck who is the Founder and President Emerita of The Bridges Institute whose goal is to strengthen and develop African governance and democracy through varieties of projects and policy development!  InshaAllah these new acquaintances for Fatemeh will prove beneficial for her in her future endeavors and when she declares her intent to run for president J!!

Fatemeh spoke confidently and assertively, stating: Model UN is an opportunity for youth to step up, take responsibility for the world’s issues and put them to rest, one by one.”  She continued: “Researching for MUN has taught me …to not position myself along one ideology and to act as an open-minded, global citizen when presented with unfamiliar views on certain issues.”

Enjoy the few pictures below.  Check out how professional, clean and smart we look – also noticed by the head of security in the State Department! 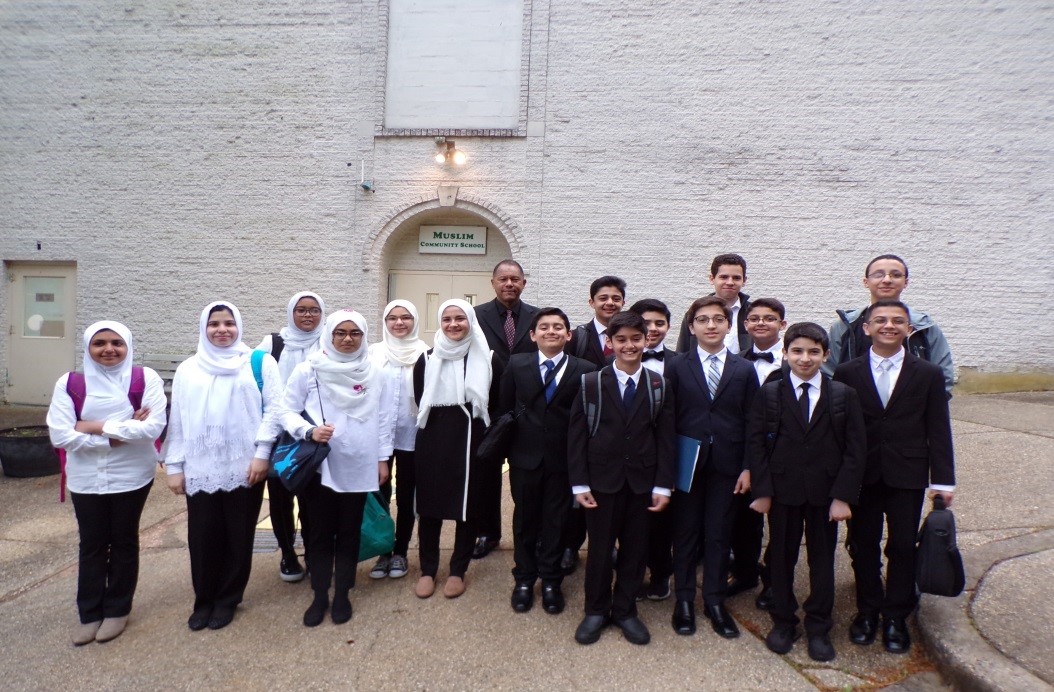 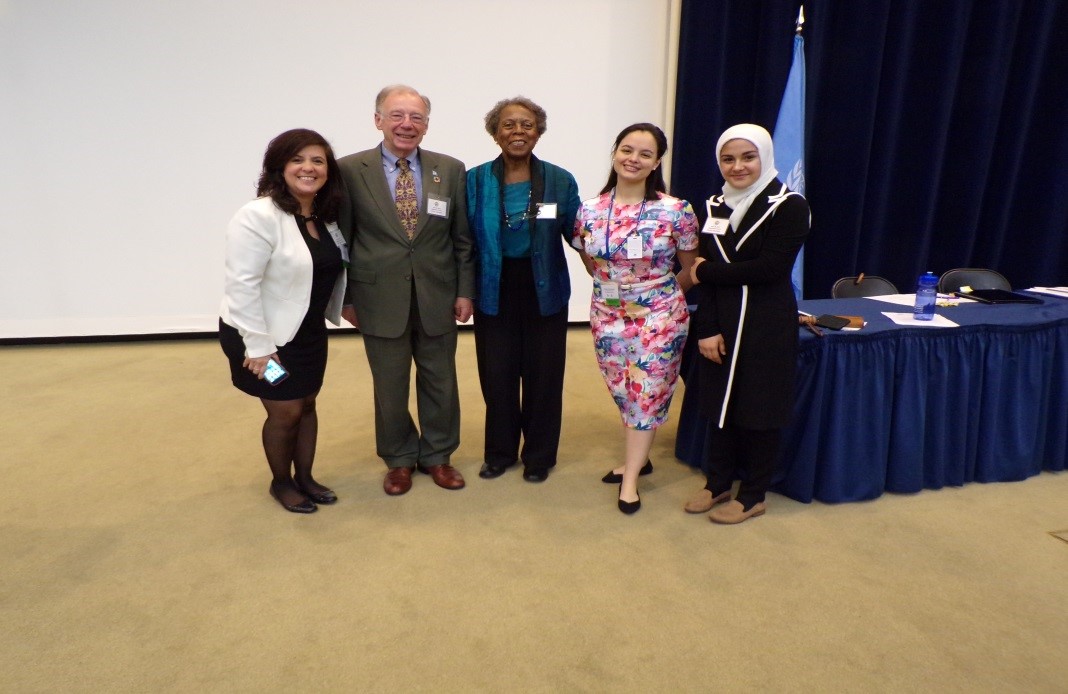 “It was Model UN that gave me the confidence to speak out, to voice my opinions and concerns to the world, to believe that I can, and WE CAN shake the world.”  Fatemeh Naghavi, Model UN, April 26, 2019. 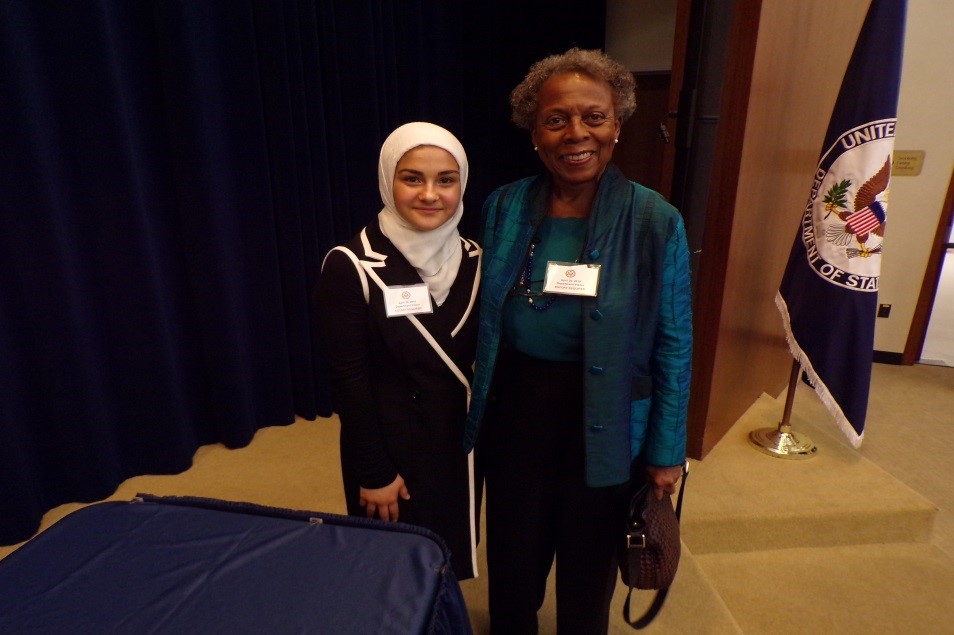 “I – as a hijabi, Iraniam-American Muslim – have always been encouraged to express my thoughts and opinions, and to never be afraid to stand up for what I believe in.  MUN nurtures that sense of responsibility, and encourages me to not only educate myself about ongoing problems, but also to work as a delegate in a communal force aimed at advocating for the silenced.”  Fatemeh Naghavi, Model UN, April 26, 2019. 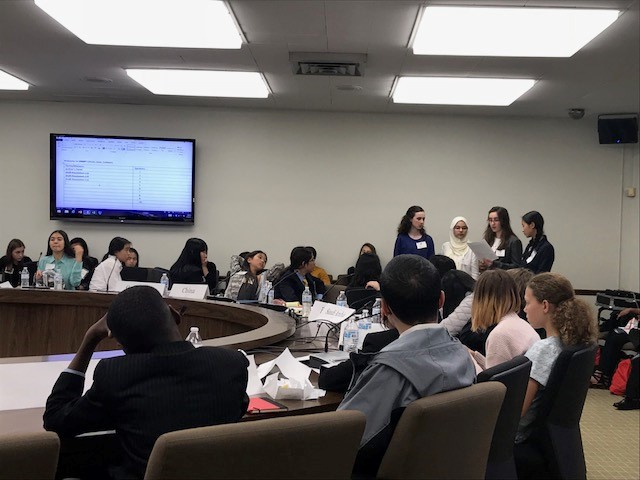 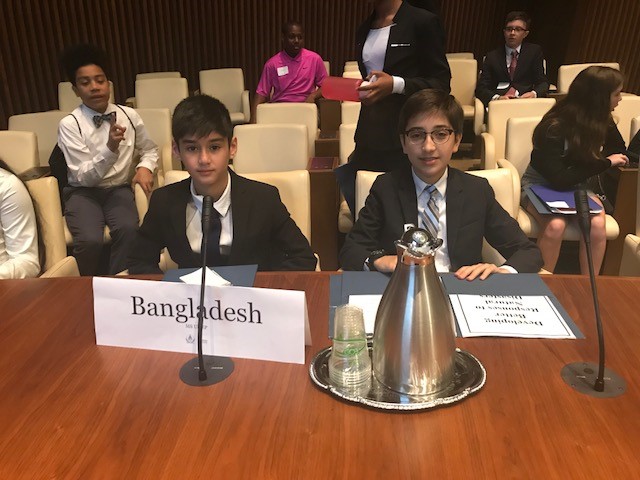 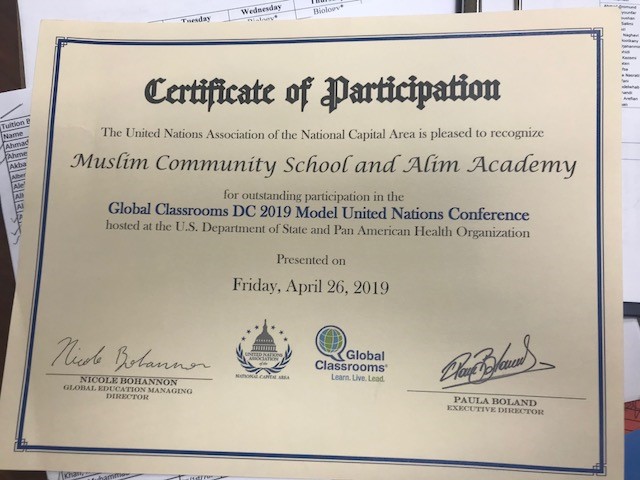 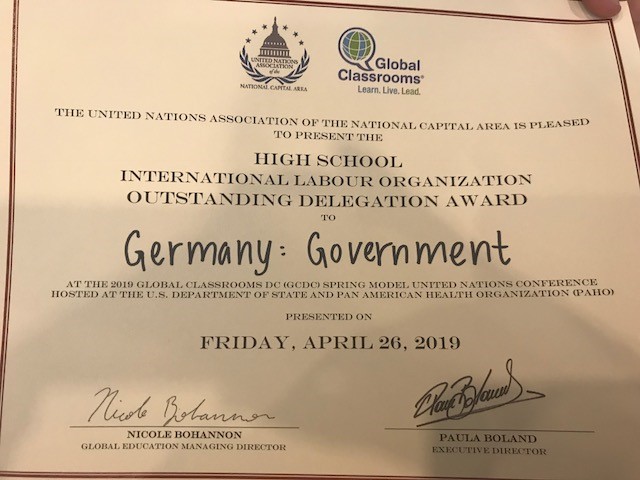 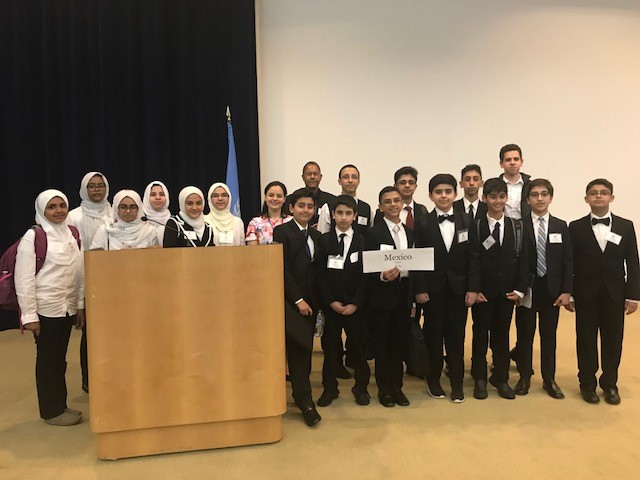 We applaud our Model UN team for their dedication of over 20 hours of extra work and preparation sessions on the weekends.  You did a fantastic job of representing MCS and all Muslims!  You have been blessed with a coach like Br. Salahuddeen who not only does his duty of staying well-aware of global issues, but then trains you to do so as well, and then soars when he sees you succeed in such things as Model UN.  The experience you gained through these several months of hard work is now there for you to lean on and utilize forever.

We wish to appreciate all of you on Thursday with a burger lunch set up exclusively for you and your coach in the auditorium!   Funding for this lunch is being provided by a former MCS student and active member of the IEC community who loves to hear of the current successes of MCS students, like the huge one you just accomplished!